Heroin is an illegal, highly addictive drug. Heroin use has been on the rise in the U.S. for nearly two decades, and has claimed thousands of lives thus far. According to the National Institute on Drug Abuse, 948,000 Americans reported using heroin in 2016, and 626,000 of these people met the DSM-V diagnostic criteria for a heroin use disorder. There were 14,019 heroin-related deaths reported in 2019 alone. If you have personally struggled with heroin addiction or if you have watched someone you love struggle, you know just how devastating the drug can be. Heroin addiction is complex, which leads to frustration and feelings of hopelessness on the part of the drug user and their loved ones. At Princeton Detox & Recovery Center we have seen heroin wreak havoc nationally, in local communities and sometimes within our own families. When it comes to the effective treatment of heroin addiction, educating yourself on the development of addiction and the recovery process is a step in the right direction. We have compiled a list of 10 facts about heroin addiction, and we are readily available to answer any additional questions you might have about the treatment process. Contact us today to learn more.

Fact #1: Heroin Addiction is Not a Choice.

Picking up heroin for the very first time is a choice. There are many reasons why a person might use heroin for the first time. Maybe they developed a prescription painkiller addiction, and transitioned to the “next best thing” once their prescription ran out. Maybe they experienced peer pressure in a social setting; maybe they were attempting to self-medicate an underlying mental illness. While a person undeniably makes a choice the first time they use a drug, drug use becomes compulsive and uncontrollable overtime. The brain adjusts to the presence of the chemical substance, a tolerance begins to build and when the drug is not present in the system the body essentially goes into shock. Most people who struggle with heroin addiction don’t want to continue using the drug, but the symptoms associated with heroin withdrawal can be unbearable when left untreated. While heroin addiction is not a choice, recovery certainly is — and as soon as you make the decision to seek professional help, we will be there.

Like all addictive disorders, heroin addiction has a genetic component. People who have addiction in their immediate families are more likely to develop an addictive disorder themselves. Genetic predisposition is only one of the factors that make a person more susceptible to addiction — but it is a significant factor. According to NIDA, “Family studies that include identical twins, fraternal twins, adoptees, and siblings suggest that as much as half of a person’s risk of becoming addicted to nicotine, alcohol, or other drugs depends on his or her genetic makeup.” If addiction runs in your family, the best step you can take is to maintain total abstinence, especially when it comes to highly addictive drugs like heroin.

Fact #3: Heroin Addiction Can Happened to Anyone.

Addiction doesn’t discriminate, and can affect a person of any age, gender, religion, demographic or income bracket. While the majority of heroin users are young adults between the ages of 18 and 25, heroin addiction affects people of all ages — from adolescents to older adults. It affects college students, medical professionals, police officers and stay-at-home moms. If you have been struggling with a heroin addiction, you are not alone and there is help available. At Princeton Detox & Recovery Center we have ample experience treating people of all ages and in all demographics.

Fact #4: Heroin Addiction Can be Fatal.

In 2019 over 14,000 people in the U.S. lost their lives to heroin overdose. The number of heroin-related deaths has increased over 7 times since 1999. This is partially because heroin is highly addictive and addiction is progressive, and because of the emergence of fentanyl. Fentanyl is a narcotic opioid which is between 7 and 10 times more potent than morphine, and many drug dealers have been adding fentanyl to heroin in order to increase its potency and street value. It is important to note that heroin addiction can become fatal early on — even during the very first use.

Addiction is progressive, meaning associated symptoms continue to get worse the longer they are left untreated. Don’t wait for your heroin addiction to ruin your life — seek help as soon as you recognize the problem. Reaching out for professional help sooner rather than later will prevent a great deal of turmoil. 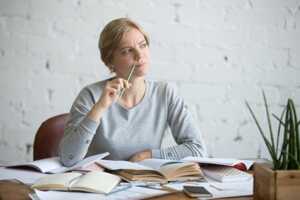 In the late 1990s, major pharmaceutical companies began pushing highly addictive pain medications like oxycodone and hydrocodone, assuring medical professionals they were safe to use. Many people who were prescribed a painkiller for a legitimate medical reason developed a physical dependence, and when the government cracked down on distribution a significant amount of these people transitioned to heroin use. Although distribution is still being regulated, heroin addiction often stems from prescription painkiller addiction.

Fact #7: A Person Can Hide Their Heroin Addiction.

Not all heroin users are gaunt, constantly “nodding off” and covered in track marks. It is possible for a person to hide a heroin addiction, especially if they are using the drug nasally (snorting it). If you believe someone you love has been using heroin, it is a good idea to keep an eye out for behavioral warning signs like social isolation, declining performance at work, changes to sleeping and eating patterns and a lack of attention paid to personal hygiene and appearance. You might also keep an eye out for certain pieces of paraphernalia. Contact us to learn more about the signs and symptoms of heroin use.

Fact #8: Heroin Can be Injected, Snorted or Smoked.

When people think of heroin addiction they often associate it with intravenous drug use. The truth is, heroin can also be snorted or smoked — and all methods of ingestion are extremely dangerous. People can overdose on heroin regardless of how it is being used. According to the U.S. Department of Justice, “Users often mistakenly believe that snorting or smoking heroin will not lead to addiction. Users who snort or smoke heroin at times graduate to injection because as their bodies become conditioned to the drug, the effects it produces are less intense. They then turn to injection—a more efficient means of administering the drug—to try to attain the more intense effects they experienced when they began using the drug.”

Addiction is a chronic condition, meaning it can be effectively treated but never entirely cured. Thousands of people across the country have successfully overcome heroin addiction, going on to lead the healthy, happy and fulfilling lives they deserve. How is heroin addiction treated? The answer varies on a person-to-person basis, though effective treatment for heroin addiction almost always includes intensive therapy and medication assisted treatment options. Because heroin is so habit-forming, early recovery is an especially vulnerable time. This is part of the reason why attending medical detox and residential rehab is an important part of the treatment process.

Because heroin is such an addictive drug and because associated cravings can be so overwhelming, attending a multi-phased continuum of care is an ideal option. We recommend undergoing heroin withdrawal in an inpatient detox facility and immediately transitioning into a higher level of care. Depending on the severity of the heroin addiction and several other factors, you might benefit from a residential inpatient rehab, a partial hospitalization program or an intensive outpatient treatment program. As part of the Guardian Recovery Network we work closely with treatment centers that provide all levels of clinical care, and we are available to help you make the best choice for your unique case.

If you or a loved one has been struggling with heroin addiction, Princeton Detox & Recovery Center is available to help. We prioritize the needs of each individual client. In addition to helping our clients undergo a safe and pain-free heroin withdrawal, we take every step necessary to prepare them for continued success in sobriety. Our program is about much more than physical stabilization — we equip our clients with the tools and resources they need to make informed decisions moving forward, as they continue along on their personal recovery journeys. We believe effective heroin detox services should be readily available to those in need, which is why we have developed an admissions process that is simple, straightforward and can be completed in under 20 minutes. During our initial phone call we begin with a brief pre-assessment, which helps our clinical team determine which detox methods are going to be the most effective for you or your loved one. We then provide a free, no obligation insurance benefit check and arrange local transportation to our New Jersey detox center. All you have to do is contact us today, and we will take care of the rest.