When a person struggles from a dual diagnosis disorder in the context of addiction treatment, it means they are struggling with a substance abuse disorder and an underlying mental illness. At Princeton Detox & Recovery Center we specialize in dual diagnosis addiction treatment, providing each of our clients with a combination of evidence-based detox methods, medication assisted treatment options, behavioral therapies and psychiatric services. Our team of industry professionals have combined decades of experience treating addiction and mental health, providing a program of recovery that focuses on more than physical stabilization and a safe, pain-free withdrawal. We know that when it comes to maintaining sobriety all underlying disorders must be thoroughly and adequately addressed. In order to ensure thorough physical, mental and emotional healing we make sure to consistently deliver the most focused and individualized care available. To learn more about our dual diagnosis detox program or to get started with our simple admissions process, contact us today.

Up until fairly recently addictive disorders and mental illnesses were treated in two separate facilities. It was soon discovered how closely interlinked both disorders are, and dual diagnosis treatment centers began opening their doors. At Princeton Detox & Recovery Center we understand the importance of treating all existing issues simultaneously. First of all, getting sober is important for an accurate mental health diagnosis. It is difficult to tell exactly what’s going on when a person has been abusing a chemical substance, seeing as the symptoms associated with addiction and withdrawal can mimic the symptoms of mental illness. And it is important to treat mental health disorders to prevent a relapse back into addictive behavior.

Why do mental health disorders and addiction so commonly co-occur? An article published by the National Institute on Drug Abuse states three main reasons.

According to the National Survey on Drug Use and Health, roughly 9.2 million American adults struggled with a dual diagnosis disorder in 2018. Unfortunately, the majority of people who struggle with co-occurring disorders fail to seek the integrated care they need. Contact us today to learn more about our program of substance abuse and mental health recovery.

At Princeton Detox & Recovery Center we offer several addiction treatment services geared towards helping those suffering from a dual diagnosis disorder. While we are equipped to help treat people struggling with mental health concerns like anxiety, depression, or unresolved trauma/PTSD, if you or your loved one has been suffering from a more severe mental illness like schizophrenia, we are happy to point you in the direction of a detox center more equipped to help. 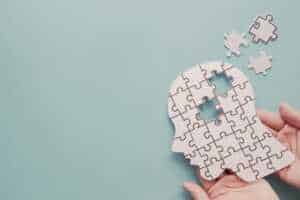 The Services We Provide Include:

Maintaining mental health in early recovery is critical to the maintenance of sobriety. At Princeton Detox & Recovery Center we offer a range of services geared towards thoroughly tackling all existing issues. Contact us today to learn more.

When you or your loved one is ready to ask for help, Princeton Detox & Recovery Center will be here. Our admissions process is simple and straightforward and can be completed in as little as 15 minutes. We will provide a complimentary assessment, a free, no obligation insurance benefit check and help coordinate local travel to our New Jersey detox facility. All you or your loved one has to do is ask for help, and we will take care of the rest. We understand how difficult it can be to reach out for help, and we know once you take the initial step the last thing you want to do is sift through the finer details. Our Treatment Advisors are available to walk you through every single step of the process from start to finish. Contact us today to learn more or get started on the road to comprehensive recovery.

Get Confidential Help 24/7. Call For Questions About: