Marijuana is a commonly used recreational drug, one that is now legal throughout the majority of the country. Because this specific substance is used so widely, many believe that it is not harmful or habit-forming. While marijuana is less addictive than many other recreational drugs, it can cause psychological dependence that can truly impact well-being and overall quality of life. Many argue detoxification from marijuana does not exist, and suggest those who use marijuana can easily quit while experiencing very few symptoms of withdrawal. On the contrary, heavy marijuana use can lead to disruptive and uncomfortable symptoms of withdrawal, symptoms which often need to be monitored in a medical detoxification setting.

Marijuana is a mood and mind-altering substance, and for some, heavy use can develop into a powerful psychological addiction. Princeton Detox & Recovery Center is dedicated to helping people of all ages overcome marijuana dependence and go on to lead happy, productive and substance-free lives. To learn more about our marijuana detox program or to begin your own personal journey of addiction recovery, contact us today.

Marrijuana, also commonly known as cannabis, weed, or pot, is a naturally derived psychoactive substance used for both recreational and medicinal purposes. Marijuana can be smoked out of glass pipes or bongs, rolled into joints, baked into sweet treats known as “edibles,” or reduced to a resin. The main psychoactive chemical in marijuana is delta-9-tetrahydrocannabinol (THC), which is responsible for the intoxicating effect of the drug. Marijuana contains roughly 500 additional chemicals, around 100 of which are cannabinoids.

The Centers for Disease Control and Prevention (CDC) explains how the potency of marijuana has increased over the course of the past several years. “In a study of cannabis research samples over time, the average delta-9 THC (the main form of THC in the cannabis plant) concentration almost doubled, from 9% in 2008 to 17% in 2017. Products from dispensaries often offer much higher concentrations than seen in this study. In a study of products available in online dispensaries in 3 states with legal non-medical adult marijuana use, the average THC concentration was 22%, with a range of 0% to 45%.8 In addition, some methods of using marijuana (for example, dabbing and vaping concentrates) may deliver very high levels of THC to the user.” As the potency of marijuana has increased, its purity has decreased.

Our Marijuana detoxification experience is second to none.

The Diagnostic and Statistical Manual of Mental Disorders, 5th Edition (DSM-V) outlines a list of diagnostic criteria associated with marijuana use disorder. If you answer “yes” to two or more of the following questions, entering into a treatment program of some degree is likely a good idea. However, it is important to note that symptoms of marijuana use disorders vary in severity, and a multi-staged program of recovery is not an ideal option for everyone. Contact us today to learn more about what type of treatment program will best meet your unique, personal needs.

The DSM-V diagnostic criteria (1) for a marijuana use disorder are outlined below. Ask yourself the following questions when attempting to determine whether or not professional treatment is right for you.

In short, no fatal overdoses have been reported in the U.S. — even in the case of excessive marijuana use. However, this does not mean that marijuana overdose is impossible. It is possible to consume entirely too much of the drug and end up in the hospital or emergency room. When marijuana overdose occurs, it is often the psychological symptoms (paranoia, anxiety, panic attacks, hallucinations) that land people in the ER.

It is important that marijuana withdrawal is overseen by a team of medical professionals, despite the fact that symptoms will generally not be physically dangerous. Psychological symptoms can be more severe, and might include anxiety, panic attacks, depression or suicidal ideation. These are the symptoms that generally lead an individual straight back to using before the detoxification process is complete.

A decline in mental health is the most common side effect of marijuana withdrawal. An individual who ceases use abruptly might experience feelings of intense sadness and depression, a lack of motivation, changes to sleep patterns, insomnia, anxiety, panic attacks and increased irritability or agitation. Our team of licensed therapists will help clients successfully work through all of these uncomfortable symptoms in a safe and supportive setting.

Ready To Begin Your Detox?

Don’t let addiction control your life.
Call us today and let’s get you started on the path to a better you.

The best treatment options for marijuana misuse or addiction depend on your unique case. When it comes to professional treatment, several factors should be taken into close consideration, including:

In most cases, it is recommended that a person who has been suffering from a diagnosable marijuana use disorder of any severity enter into a multi-staged treatment program, which begins with medical detox and transitions into the next appropriate level of care. Depending on your personal needs, you might choose to follow detox with an extended stay in an inpatient treatment center, or continue with a more flexible and less time-demanding option, like outpatient treatment.

If you or someone you love has been suffering from a marijuana use disorder of any severity, Princeton Detox & Recovery Center is available to help. Our medically monitored detox program was designed with client comfort in mind. We provide our clients with a safe, pain-free marijuana withdrawal in a therapeutic setting, actively preparing them to take the next appropriate step on their personal recovery journeys. As soon as you make the decision to reach out for help you will be put in contact with one of our experienced and compassionate Treatment Advisors, who will help you determine whether or not our marijuana detox program is right for you. If we believe our program is a good fit, we will proceed with a brief pre-assessment and a free, no obligation health insurance benefit check. We accept coverage from most major national health insurance providers as well as most regional providers throughout New Jersey and surrounding areas. To learn more about marijuana addiction and treatment or to begin your own personal journey of marijuana addiction recovery, contact us today.

What are some common street names for marijuana?

Marijuana goes by a number of other names, the most common being pot, weed, green, flower, Mary Jane, chronic, dope, trees, and grass.

What are some common street names for marijuana concentrates?

There are many different street names for marijuana concentrate including shatter, glass, dabs, honey oil, ear wax, wax, and butter.

How long does marijuana stay in your system?

Is marijuana legal in New Jersey?

Marijuana is legal in the state of New Jersey for those over 21 years of age, residents or visiting. Up to an ounce of marijuana can be legally purchased at one time.

What is synthetic marijuana?

Synthetic marijuana, or synthetic cannabinoids, are a synthetically manufactured substance made to resemble the effects produced by naturally occurring cannabis. The effects of this mind-altering and man-made substance can be unpredictable and dangerous.

Can you overdose on marijuana?

While there have been no fatal overdoses linked to marijuana reported, consuming too much of any substance can lead to serious physical and mental health effects.

Is marijuana a controlled substance?

Marijuana is a Schedule I controlled substance under federal law, meaning it is a mood and mind-altering substance with no approved medical use for treatment in the U.S. 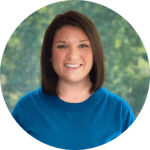