Heroin Use & Dependence in New Jersey

Heroin Use & Dependence in New Jersey

On average, there are between 60 and 100 drug-related overdose deaths in the state of New Jersey every single day. According to the Office of the Chief State Medical Examiner in New Jersey, there were a total of 60 drug overdose deaths between May 2 and May 8, 2022. Essex County experienced the most drug overdose deaths (12 in total), followed by 6 fatalities in Atlantic County, Hudson County, and Middlesex County over the course of the past week. The state has been particularly hard hit by what has become a nationwide opioid epidemic. If you or someone you love is living in New Jersey and struggling with a heroin use disorder, there is help available. Unfortunately, the vast majority of people who would benefit from professional intervention fail to seek the help they so desperately need. This is not because resources are unavailable. In most cases, it is simply because they do not know where to turn for assistance. At Princeton Detox & Recovery Center, we offer accessible and affordable medical detox services in New Jersey. We are dedicated to helping combat the growing, statewide opioid issue while helping individual community members overcome life-threatening heroin use disorders before they become another statistic. Contact us today to learn more and to begin your own personal journey of heroin addiction recovery.

How Did the Opioid Epidemic Begin?

The Centers for Disease Control and Prevention report there were roughly 500,000 opioid overdose deaths in the United States from 1999-2019. How did the nationwide opioid epidemic first begin, and why has heroin made such a dramatic and deathly resurgence over the past several years? In the mid-1990s, major pharmaceutical companies began manufacturing prescription opioid painkillers like oxycodone and hydrocodone. They marketed these medications as non habit-forming and safe to use, convincing members of the professional medical community to prescribe painkillers at alarming rates. It was soon discovered that these medications were, in fact, highly addictive. By the time this discovery was made, however, countless people had developed opioid dependencies. The government began cracking down on painkiller distribution, but those who were already dependent on medications like oxycodone simply sought a cheaper and more accessible alternative — heroin.

The CDC reports three distinctive waves of opioid overdose deaths. The first wave occurred in the late 1990s and was largely attributed to prescription painkillers. The second wave took place in 2010, and was linked to a significant increase in heroin use. The third wave, which began in 2013 and continues today, involves synthetic opioids like fentanyl. Today, drug dealers are cutting pure heroin with fentanyl and carfentanil — synthetic opioids that are extremely potent and extremely lethal. Because it is impossible to tell whether or not heroin has been combined with another chemical substance, hundreds of individuals are losing their lives to accidental overdose on a daily basis.

Heroin use and dependence has negatively impacted the country as a whole over the course of the past two decades. However, certain states — including New Jersey — have felt opioid-related devastation on a deeper and more significant level. According to the National Drug Intelligence Center, “The illicit distribution and abuse of heroin, primarily South American heroin, pose a serious drug threat to New Jersey, particularly to Newark. The health consequences associated with heroin abuse are significantly greater than for any other drug in the state. For example, the number of heroin-related treatment admissions in New Jersey has increased annually since at least 2000 and is significantly higher than for any other substance, including alcohol. According to the New Jersey Department of Health and Senior Services, there were 25,316 primary treatment admissions for heroin abuse in New Jersey in 2000, 27,808 in 2001, and 28,274 in 2002.” While these numbers seem high, it is important to note that the rate of New Jersey residents who seek treatment is shockingly low when compared to the amount of people who would benefit from some level of professional intervention. If you or someone you love is living in New Jersey and struggling with a substance use disorder of any type or severity, there is help available. Contact us today to learn more.

The National Institute on Drug Abuse reports there were 67,367 drug overdose deaths in the United States in 2018. Opioid narcotics were involved in over 70 percent of these fatalities. During the same year there were a reported 2,900 drug overdose deaths in the state of New Jersey, and nearly 90 percent involved opioid narcotics. Rates of painkiller prescription are slightly lower in New Jersey than the national average, and the majority of drug-related fatalities are linked to heroin or synthetic opioid use. 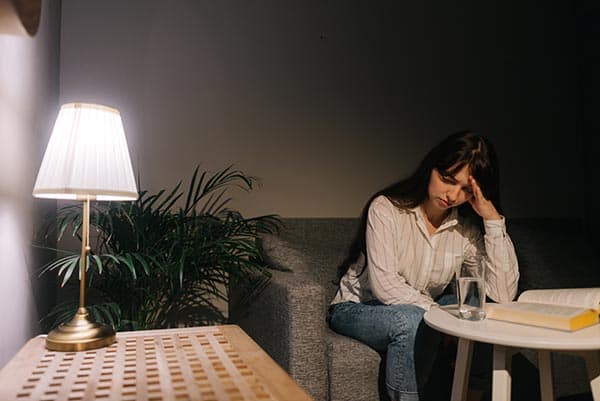 If you have been considering seeking help for a heroin use disorder, you might be wondering what steps to take. Where do you turn for professional help? Should you seek treatment from a privately run treatment center, or check yourself into a state-funded detox? Because heroin is so frequently cut with fentanyl (which is between 80 and 100 times more potent than morphine) and carfentanil (which is 10,000 times more potent than morphine), continuing to use heroin in any capacity can easily result in lethal overdose. It is important to seek help as soon as you recognize that you have been suffering from a heroin use disorder. It is always a good idea to commit to a program of recovery as quickly as you can; waiting for a bed to open up in a state-funded detox or hospital setting is not recommended. At Princeton Detox & Recovery Center we understand the urgency of receiving effective medical care, and we are available to help walk you through our admissions process and set up a time for intake as soon as you reach out.

Is Medical Heroin Detox Right for Me?

Medically monitored detox always comes as a recommended first step on the road to heroin addiction recovery. Heroin withdrawal can be extremely uncomfortable when left untreated, and the physical and psychological symptoms often lead a person back to heroin use before the drug has been completely cleared from their system. At Princeton Detox & Recovery Center we offer an integrated and individualized medical detox program, combining the use of evidence-based medications with holistic and therapeutic treatment options. We offer our clients a safe, pain-free heroin withdrawal while actively preparing them to take the next appropriate step on their personal recovery journeys. We understand how comprehensively devastating heroin addiction can be, deeply affecting all areas of life and leaving a heap of consequences (personal, financial, legal, and otherwise) that often seem too difficult to address. We are dedicated to doing more than addressing the symptoms of withdrawal and helping our clients work towards physical stabilization. We are dedicated to laying a solid foundation for lasting recovery while teaching our clients the skills and tools they need to stay sober and effectively address the consequences of their active heroin use.

If you or someone you love has been struggling with heroin addiction, Princeton Detox & Recovery Center is ready to help you begin your own personal journey of lifelong recovery. We cater to people of all ages in New Jersey and all surrounding areas. We understand how difficult it can be to reach out for help, even when your heroin use disorder has become life-threatening and you are entirely out of other options. Many of our dedicated staff members have been in a similar place, and have successfully overcome addiction and gone on to lead happy, healthy, and fulfilling lives. This also allows us the unique ability to come from a place of deep understanding and compassion. The moment you make the decision to reach out for help we will be there to walk you through the remainder of the process. You will be put in touch with an experienced and knowledgeable Treatment Advisor during your initial phone call, who will conduct a brief pre-assessment and offer a free, no obligation insurance benefit check. If we believe our New Jersey detox center is an ideal fit for you, we will help arrange local ground transportation to our facility. We look forward to speaking with you soon and helping you get started on the road to heroin addiction recovery as quickly as possible.