How to Make A New Years Resolution to Quit Marijuana

How to Make A New Years Resolution to Quit Marijuana

At the beginning of the new year, many people choose to sit down and reflect on areas of their lives that need improvement. They consider what unhealthy habits might need breaking, and what new healthy habits they would benefit from picking up. Writing down a list of New Year’s resolutions has become a widely honored tradition – it is a tradition that, while good-intentioned, is not always easy to uphold. This is usually because we bite off more than we can chew, writing down a lengthy list of personal goals rather than focusing on a few specific areas. By the time February rolls around, most of us are right back where we started. The new gym membership begins collecting dust, and the bounty of fresh vegetables we purchased with the intention of eating better begins rotting in the refrigerator.

Most of the time, forgotten resolutions are not a huge deal. The intention is still there (somewhere), and we can get back on the horse anytime we feel like it without major consequence. However, this is not always the case when our resolutions bear more weight. For example, when they involve giving up a chemical substance that has been having a major negative impact on our overall quality of life.

If you have fallen into the pattern of using marijuana excessively, you might be banking on quitting marijuana come the new year. Yet despite the reputation this particular substance has as being non-habit forming and otherwise safe to use, it is possible to develop a physical and psychological dependence on marijuana. If this is the case, seeking professional treatment might be necessary. 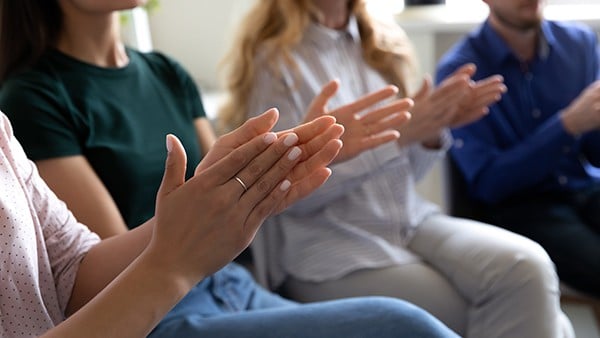 Our Marijuana detoxification experience is second to none.

How To Tell If Treatment is Necessary

It can be somewhat difficult to tell whether or not you need professional treatment, seeing as marijuana is the most commonly used recreational drug in the country. Now legalized in many states, this chemical substance is generally viewed as harmless and non-addictive. While the majority of people can use the substance safely and put it down whenever they need to, it is entirely possible to develop a marijuana use disorder over time and with repetitive use. According to the National Institutes of Health, marijuana used disorder is extremely prevalent throughout the country and usually goes untreated. A recent study suggests that 2.5 percent of all American adults suffer from marijuana use disorder – this equates to roughly 6 million people. If you believe that you might be suffering from a marijuana use disorder but you are still unsure whether or not treatment is necessary, there are several symptoms to keep an eye out for. These include:

Our Marijuana Detox Services Include

The symptoms associated with marijuana withdrawal are not life-threatening and are easily treated – but this does not necessarily mean that treatment is optional. Most people who have a diagnosable marijuana use disorder simultaneously abuse other chemical substances, like alcohol or prescription opiates (like oxycodone or hydrocodone). Because of this, the withdrawal process can result in serious complications if not overseen by a team of medical professionals.

If you have been abusing marijuana and no you have been completely avoiding all other chemical substances, medical detox might not be necessary – but intensive behavioral therapy almost always is. This is definitely the case if any of the above-listed symptoms ring true for you.

Ready To Begin Your Marijuana Detox?

Don’t let Marijuana addiction control your life.
Call us today and let’s get you started on the path to a better you.

Marijuana Use Disorder – Statistics and Facts

According to the National Institute on Drug Abuse, roughly 30 percent of all men and women who try marijuana will eventually develop a physical or psychological dependence on the drug. It is also estimated that people who begin using marijuana before the age of 18 are between four and seven times more likely to develop a marijuana use disorder later on in life. People who use marijuana for an extended period of time and attempt to quit cold turkey report experiencing a range of symptoms including increased irritability, disrupted sleep patterns, intense psychological cravings, restlessness and general feelings of physical discomfort. Withdrawal occurs when the brain adapts to having large amounts of marijuana present in the system. In the year 2015 alone, 4 million American adults met the diagnostic criteria for a marijuana abuse disorder. However, only 138,000 of these men and women sought professional treatment – and even fewer sought medical detox. This is partially because many mistakenly believe that marijuana addiction is not possible, and partially because many believe that even if a marijuana used disorder is present, it is possible to quit without professional intervention and withdrawal symptoms will not be disruptive.

Quitting marijuana is not as easy as some might think. Successfully quitting any chemical substance long-term will take a lot more than making a resolution and committing to personal change. If you want to overcome a substance use disorder of any type or severity, some level of clinical care will always be necessary. When it comes to marijuana abuse, a long-term program of outpatient treatment is often sufficient as a stand-alone option (as opposed to medical detox, inpatient rehab and a long-term program of continuing care). Of course, this will depend heavily on the personal history of the client and whether or not he or she has been abusing any other chemical substances. It also depends on whether or not any undiagnosed or untreated mental health issues are present. If you feel that outpatient treatment might be an ideal fit it is a good idea to get in touch with a local treatment center for more information. Princeton Detox & Recovery Center is dedicated to helping men and women of all ages and New Jersey and all surrounding areas overcome marijuana addiction and go on to be the very best versions of themselves for the remainder of their lives. The moment you give us a call we will conduct a brief pre-assessment over the phone which will help our clinical team determine which level of care is right for you.

At Princeton Detox & Recovery Center we know how difficult it can be to admit that marijuana use has become a serious problem. Because this specific substance is so socially acceptable and so widely used, coming to terms with the fact that professional help is necessary might serve as a major roadblock. However, if you are committed to quitting marijuana in the year ahead, seeking some extra assistance is never a bad idea – and it should certainly never be a source of shame. Marijuana can be chemically addictive, and men and women of all ages, personal demographics and walks of life have fallen victim to marijuana abuse. For more information on our comprehensive program of recovery or to get started on the fulfillment of your personal New Year’s resolutions contact us today.

About the Author: Detox Recovery Experts

At Princeton Detox & Recovery Center we serve as the Tri-State Area’s leading substance abuse detox and recovery center. Our expert addiction specialists and unprecedented emphasis on individualized care give our clients a viable path to substance addiction treatment and recovery. Our published articles are intended to give knowledge and guidance for people seeking addiction detox and recovery information. For 24/7 help call (888) 693-1769